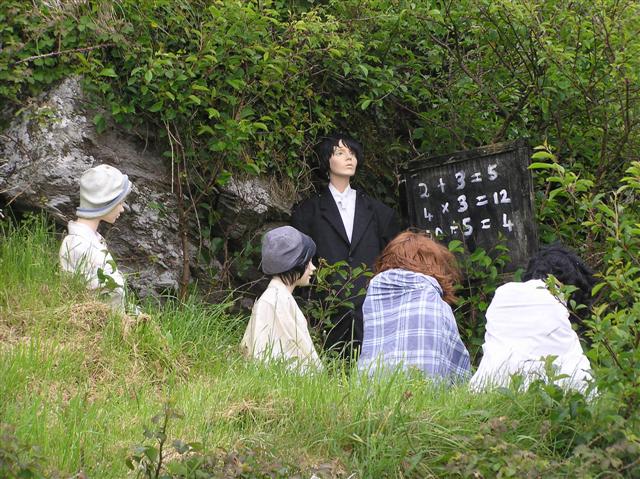 Hedges themselves are aesthetic framings of pastures and livestock, crafted in regional styles and with a rich set of symbolic associations in folklore. The word hag, or witch, is said to derive from the belief that they could hedge-ride, crossing the borders between civilization and the wildwood (haga, gehaeg and hegge are Old English for hedge). Hedges are even political – from the 16th century onwards the prefix hedge referred to people of the lowest orders – hedge-doctors, hedge-lawyers and the hedge-schools of Ireland of the 18th century which kept alive Catholic teachings hidden from the Protestant ruling class. All this and more, by the way, is in Hugh Barker’s excellent book Hedge Britannia.

Food & Drink at the hEdge

hEdges is a public art project for Hilperton and Paxcroft Mead which has been developed by Hilperton Parish Council, Paxcroft Mead Residents Association, Wiltshire Council, Curo Housing with the involvement of lots of other people and groups from the area. The project has been funded by local housing developers Abbey Homes and Taylor Wimpey.

Theme by Anders Noren — Up ↑